* June - Sept. 2020 new show
at the Tucson International Airport, Lounge on the lower level west end by the car rental.
Bring your family and friends to view my reverse glass paintings!
Follow me for the latest artwork :)
Facebook
SueBetanzos.com
@artgirlsue

Happy December solstice, everyone | Tonight | EarthSky Today is the winter solstice - basically the shortest day and longest night of the year. This explains the details and has links for even More information . There are religious celebrations and customs for the summer and winter solstice.
On the longest night of the year I like to bake, filling the house with the delicious smells of baking pasta dishes and sweet rolls!


African Bee Eaters - Sold.  Allen's Hummingbird - Sold.
The first, a small, sweet gouache of a species of birds that (some) makes it's nests by burrowing in sides of river banks in large colonies.
The second, Allen's Hummingbird below it is small but fierce in guarding it's territory.
Thank you to Denis and Noreen for facilitating these sales XO!!

Last year I did a small series of a favorite subject - hummingbirds.  I like a contemporary feel to them because they are so energetic, fearless and gem like.
Originally they started out like many - studies for a new direction of work. I never know how they will turn out since I just play with backgrounds until it feels right.  An intuitive process of experiments in (new term I just learned and Love) "Imaginary Realism".

Reading facts/information on each new subject is a part of the job that I enjoy as much as the painting.

All have sold, so I know it is a good direction. Now it's a matter of choosing and inventing subjects based on reality, animals & nature to satisfy my inner visions. Constantly works in progress with some touching on fantasy like unicorns, mermaids, sphinx, elementals and more. 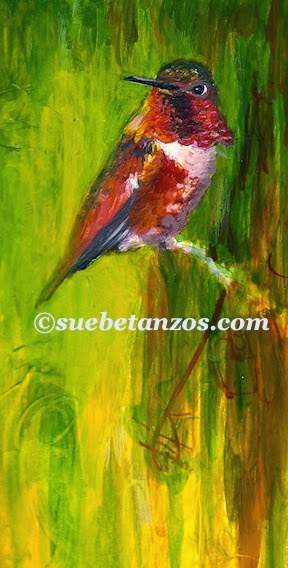 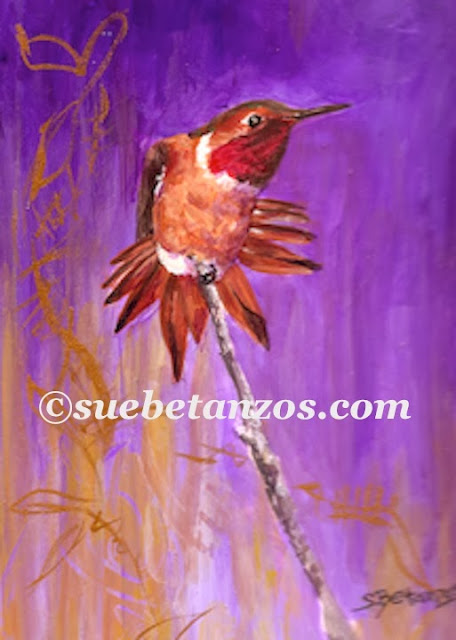 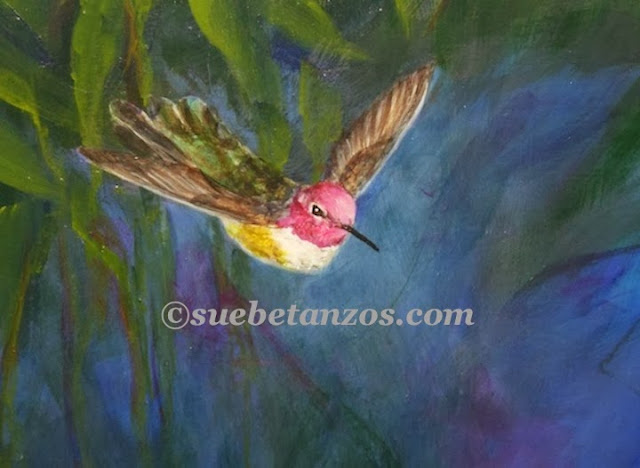 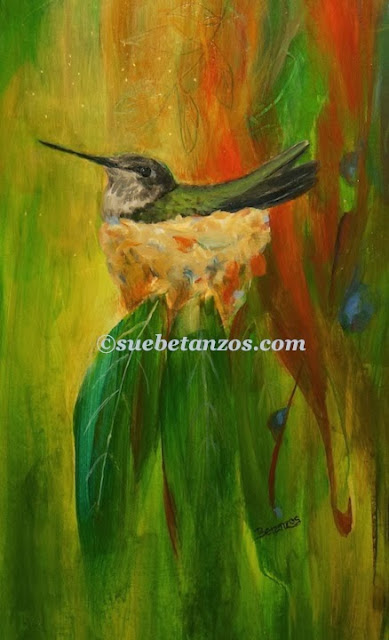 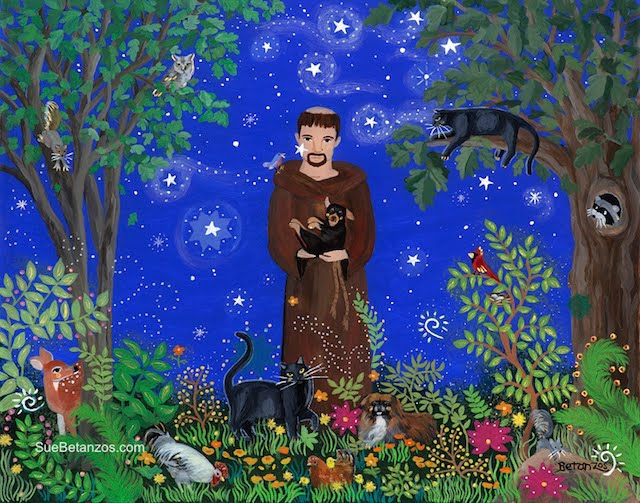